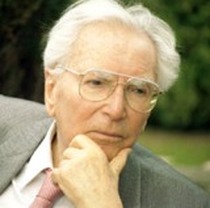 • Is there all there is?

• What can we make of suffering?

• Am I all alone or part of a large whole?

Existential therapy acknowledges our most basic conflicts and concerns:

• Awareness of our limited lifespan

• Our freedom to make choices

• Awareness that we are individuals, are separate from others

• The threat of meaninglessness

While these questions and concerns are timeless, one of the people to bring existential concern to the forefront in the 20th century was Viktor Frankl.

Everything can be taken from a man or a woman but one thing: the last of human freedoms to choose one's attitude in any given set of circumstances, to choose one's own way. – V. Frankl

Because of the suffering experienced in this camp – his own and others – he came to the conclusion that even in the bleakest of situations, life can be meaningful. Hence, there can be meaning in suffering. He called his particular approach Logotherapy. 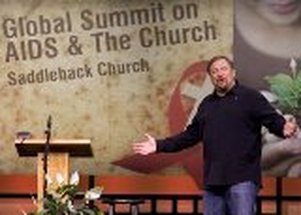 What does existential therapy look like now? Primary interest would be invested in these areas:

• helping the client to live more authentically. To be less concerned with superficial concerns.• to take responsibility for their actions. To take ownership of their lives.

• to find meaning in their lives. To be able to answer the question “What am I here for?”

• living in the here and now. To live more fully, understanding that “this too shall pass.”

In Sample Session Eight client Mary has her "dark night of the soul" after achieving a major breakthrough in her vocational and financial life. Up until that time her focus had been on herself. Now she is trying to find her place in a larger world.

Closely related to meaning-therapy is “bibliotherapy” – which is the selection of reading material for a client that has relevance to that person's life situation.

For example, a mother at home with small children might relate to Anne Green in the humor book “Petcetera: In Fine Feather.”

A person struggle with cancer would be able to relate to Diane Sim’s "A Life Consumed: Lilly Samson’s Dispatches from the TB Front."

Those trying to make sense of a personal history that seems to have no rhyme or reason could enjoy Rick deMeulles' “Ramasseur.”

A senior citzen would find a nostalgic treat in reading John Forrest’s "Angels Stars and Trees: Tales of Christmas Magic."

Ideally, the protagonist with whom the reader is likely to identify with comes to a hopeful resolution of, or at least a response to, her / his problem.

A student-made video on an Existential Therapy session.

http://www.youtube.com/watch?v=Xq3nRKxxycM This is a very sweet short film of a cat with "existential despair."

What we call despair is often only the painful eagerness of unfed hope.
- George Eliott

TAKE ME TO THE TOP OF THIS PAGE